Hello Uaargites, Today is the day of our flight! We woke up early today to get to the base and eat breakfast. The majority of the morning was spent setting up all of the equipment and making adjustments to the flight plan. A highlight of our set up was the cardboard boxes we cut to put the laptops in in order to block the sunlight; very high tech. 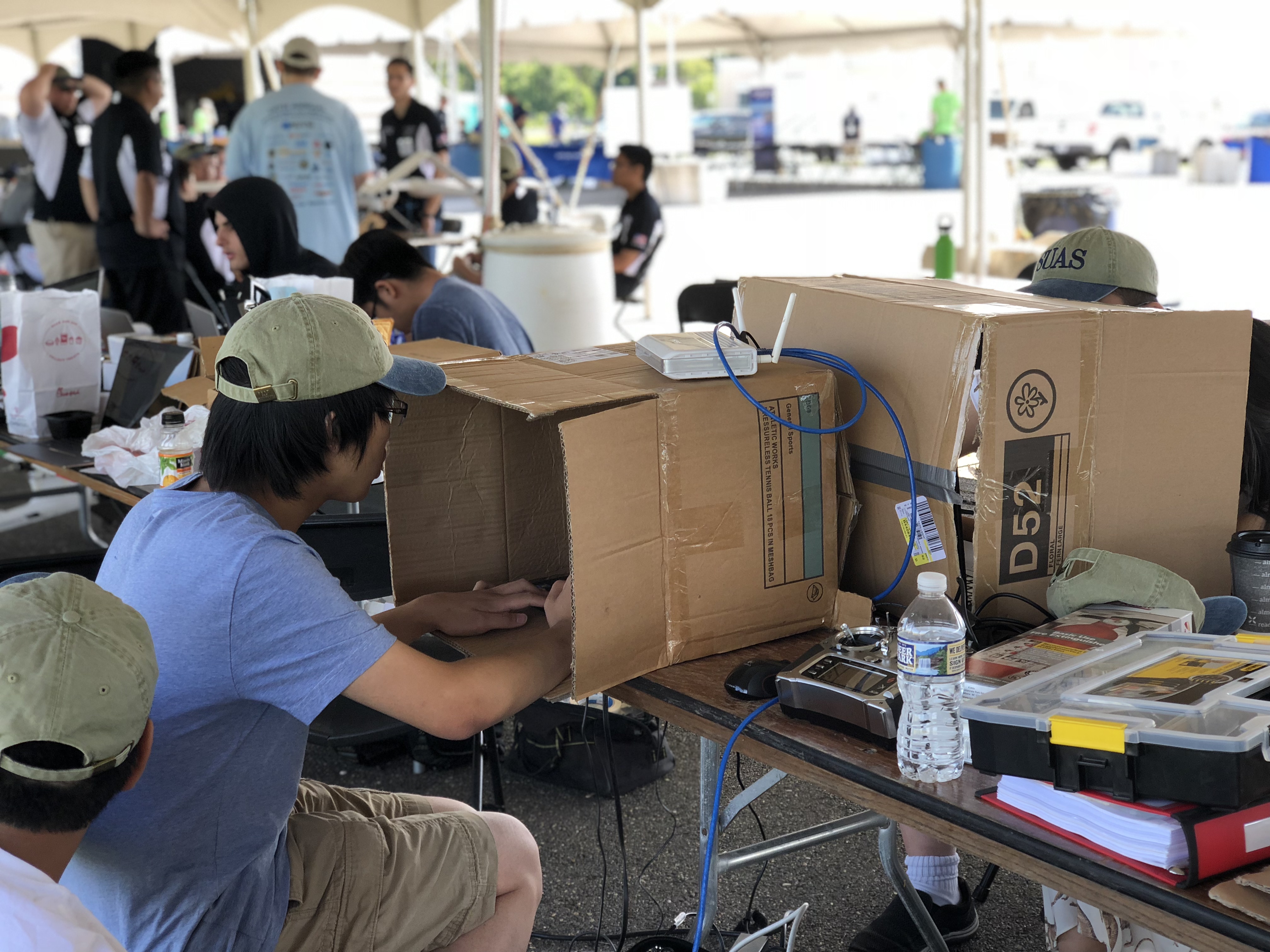 The next few hours were just spent waiting for our number to be called and making any minor adjustments, as well as going through our check lists and testing all our equipment. Finally, after a few hours of waiting it was on to group 38. We loaded our plane and equipment into the trailer that came for us and hopped on to be taken out to the runway. 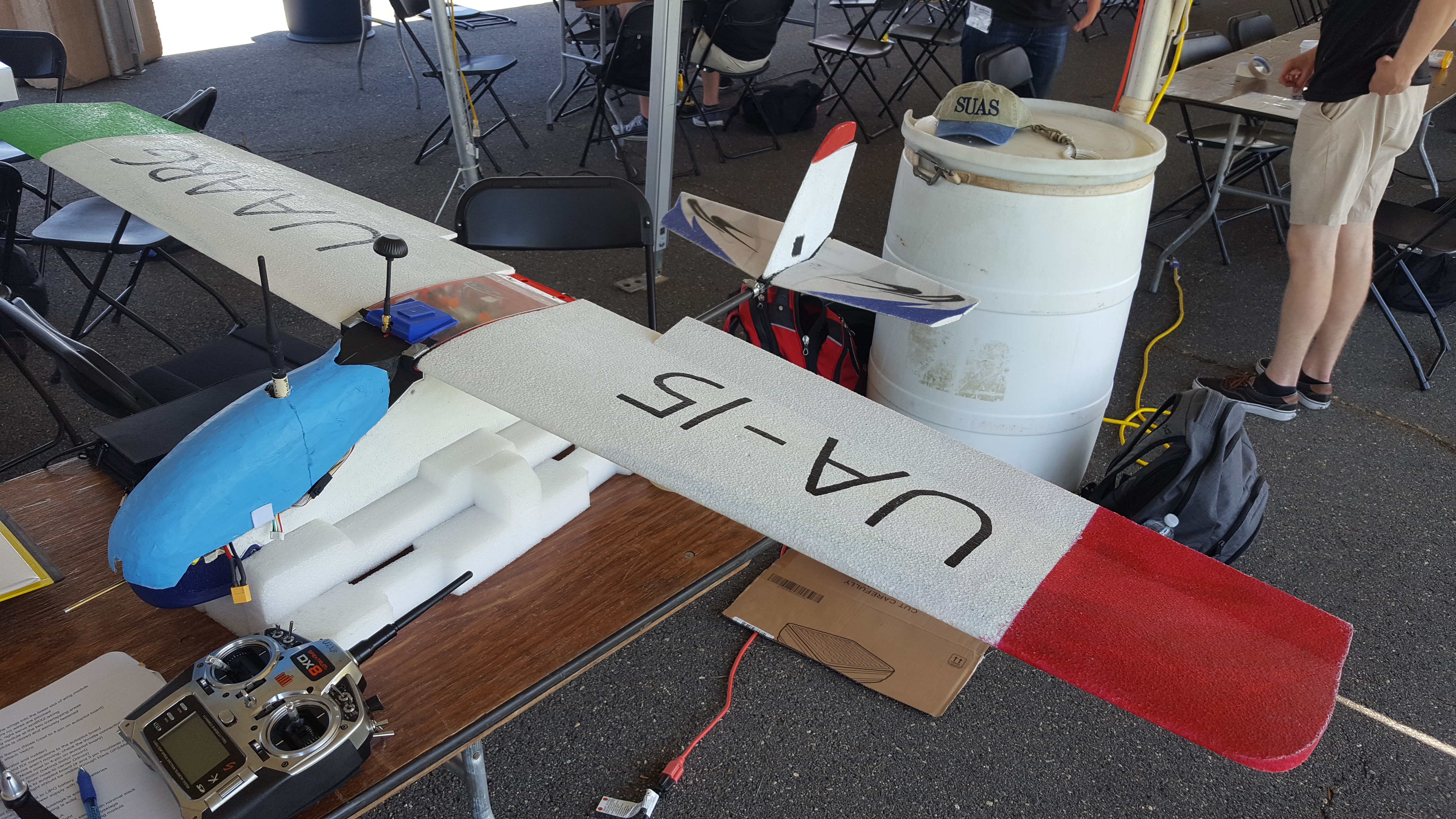 A quick debrief from the judges and a meeting of our flight plan and we went straight into setting up our booth, getting ready to be called to fly. Weilan and Ryan were set up to control the imaging, Dat and Janay were doing the autopilot, Jackie threw the plane and then came back to help with support at the tent, and Matthew and Brian were on the runway with Brian ready to take over the manual flight if necessary. Unfortunately, upon the initial takeoff, the plane did not have enough power as the motor was not assembled properly and the plane took a dive back into the ground smashing the nose. This was not enough to stop us, and we all rushed together to begin the repairs. With limited time and parts, we completely took apart the airframe. The first issue was to fix the nose using lots of duct tape and to secure the camera inside. A secondary issue that came up was the tail rudder was not moving, so we pulled apart and tested all the wires, but discovered that the servos was broken. We completely re-installed this part as well as a large portion of the frame. With seconds to spare, we took off for a second time – this time successfully – however began experiencing problems with the autopilot connection and were forced to land the plane to further troubleshoot the error. We found that the signal receptor was falling out of place due to bent prongs going into the circuit board, so we straightened these and re-installed the receptor. As well, the landing pulled off the tail, so we wrapped the back wing in duct tape to fasten the two parts together. We were able to send the plane up one final time and achieved the target of having 3 minutes of autonomous flight before switching back to manual mode, but again encountered signal problems – this time completely losing signal. The lost signal enacted the fail safe and the plane went down for the final time, completely shattering many of the pieces. Although a failed mission, it was an incredible experience to have banded together and gotten the plane back in the air multiple times. 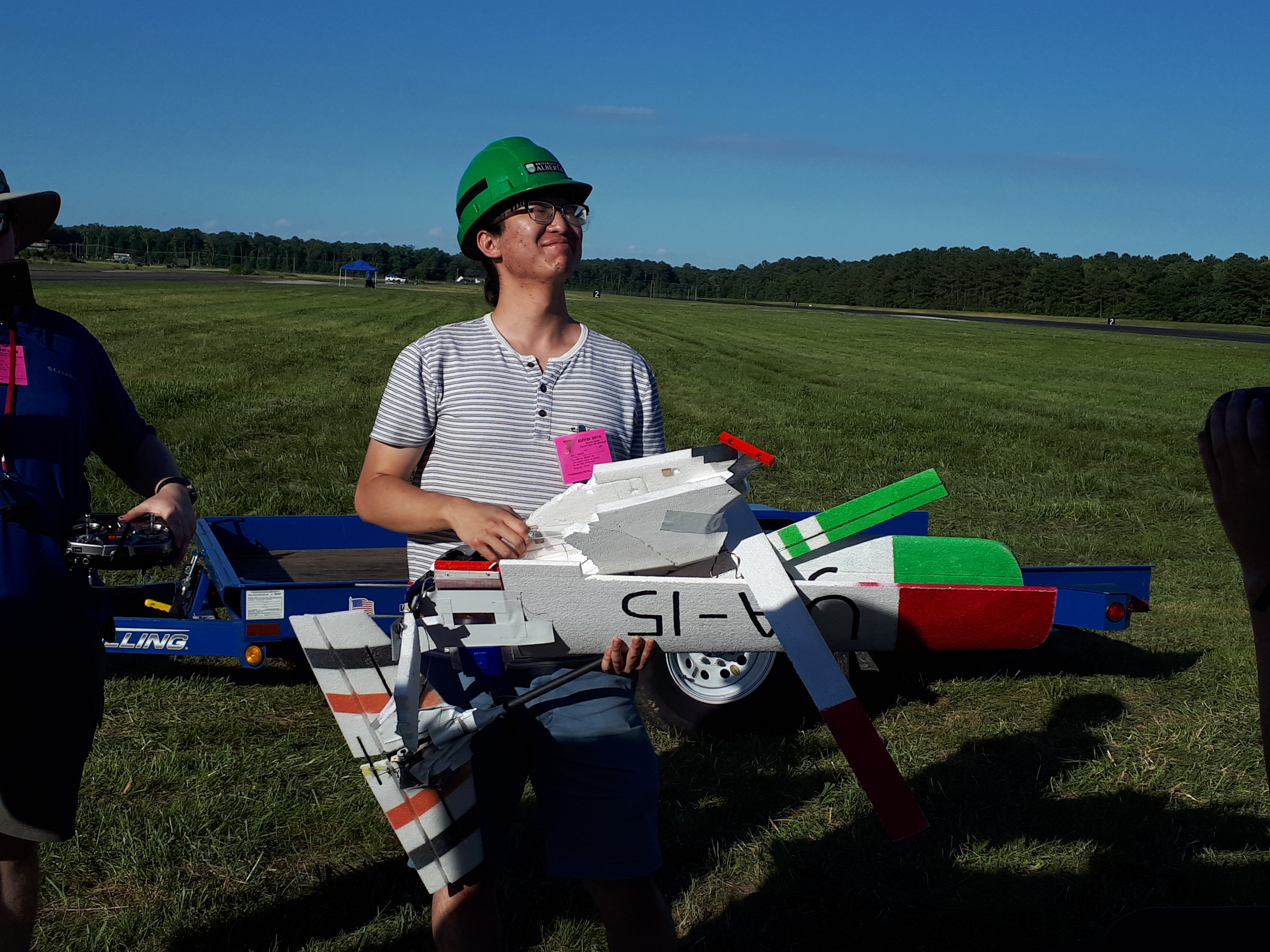 Following our flight, we returned to the college and went for supper to a Japanese Hibachi restaurant. The rest of the night was spent was spent relaxing and playing card games, and finally getting some much-needed sleep. 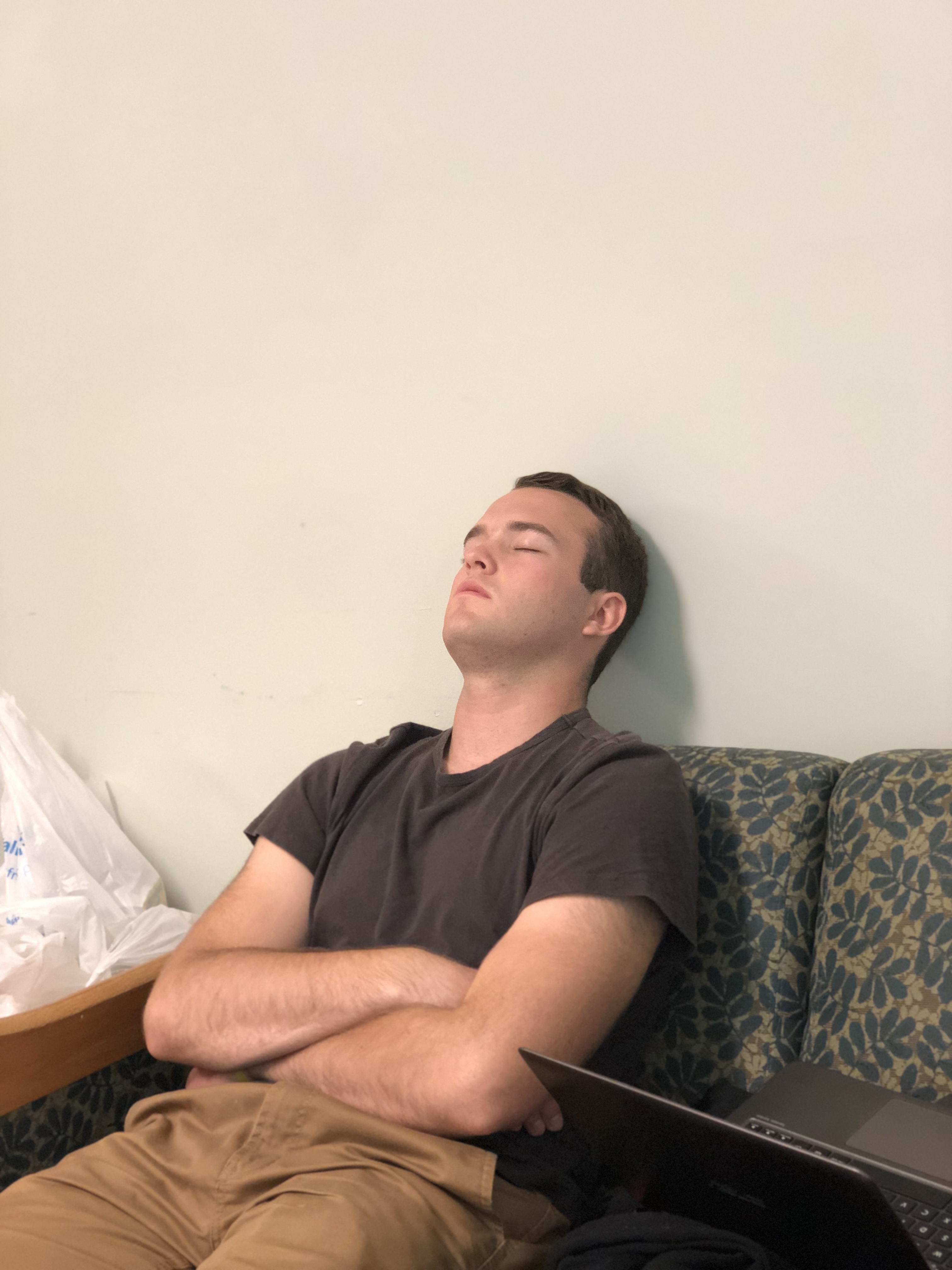 Tomorrow is the final day of the competition with the group photo and the banquet taking place.